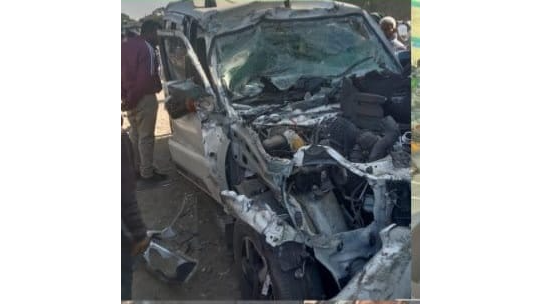 Hazaribagh, January 10: Forest Valley Officer Chotelal Sahu was critically injured when his driver collided with a stationary trailer on the Ranchi-Patna Freeway (NH-33) this afternoon. Sahu was on his method from Ranchi to his place in Barkagaon block when the incident occurred.

Based on the police, SUV driver Ezaz Ansari tried to overhaul the biker and overturned the automobile on the opposite aspect of the highway. Sadly, the SUV collided with a stationary trailer, leading to critical accidents to Sahu, together with a damaged arm and a head damage. Ansari was additionally injured however is now out of hazard.

Sahu was taken to Sheikh Bikari Medical School and Hospital and handled. Medical doctors later referred him to Ranchi for additional medical care.

Ansari knowledgeable that the accident occurred when the biker abruptly stepped in entrance of the SUV and hit the brakes. Sadly, because of brake failure, the SUV collided with a stationary trailer, inflicting intensive harm to the automobile.